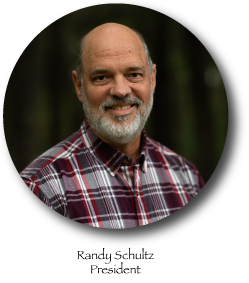 Our story actually begins back in the late 80’s while I was attending the University of Florida pursuing an Engineering degree in Computer and Information Sciences. In 87 my wife and I had our first child, a girl. At the time I was working for the Center for Instructional, Research, and Computing Activities or as we called it, CIRCA. It was easy work, pulling print jobs from a high-speed DEC VAX printer and giving them to the users who sent them, but it didn’t pay much. So Schultz Systems Solutions was launched from the dining room of our married housing apartment. More than the modest income this business brought in, an entrepreneurial fire was lit. But upon graduation this fire was banked for 14 years while a career in semiconductor sales for corporations such as Intel, IBM and Alcatel called. This call ended in June 2003 when I stepped out of industry and back into the life of an entrepreneur forming Carolina Technical Sales. This business, or at least its name, lasted less than a year. In February 2004, we exhibited at the Public Library Association conference in Seattle, WA promoting an Internet filtering solution that was consistent with the Children’s Internet Protection Act. As we began winning business outside the Carolinas it was clear we’d outgrown our name and so Carolina Technical Sales became Vigil Networks. Through this early work with Public Libraries we began engaging with county IT departments selling primarily firewalls. Over the years this engagement has grown such that we now provide a complete security stack to local governments in the Carolinas a focus that continues today. As we look to the future we’re excited by what we see and remain committed to our mission as we continue to grow.

Our mission is simple. We will treat our customers as we ourselves would want to be treated. Nothing else need be said as this one statement says it all.